Alright! Below is the list of ‘Top 10 Player vs Player (PvP) games on Android & iOS platforms’.
Note: These games are totally based on gameplay which makes the players hook into their gaming screens a little longer, these games ignite sportsmanship & fighting spirit in the players. Here is the list of the Top 10 PVP Games:-

Based on one of the famous sport in the world, this game is one of the best game which helps the player enjoy the taste of famous game know as Pool, Snooker, Billiards ,etc on their hands, this game is design to help the player from a noob level to the pro level if one is dedicated in playing, this game provide the player with in game money which can be used to bet against the player which you fight against and winner takes all, there are many features like Shop, Championships FB-Friend request and battles.

Well, I’d say this is one of the best fighting games at present compared to other PvP fighting games found on the online platform, character definition, controls, game design everything is very detailed, and the game doesn’t lag we do PvP battles with another player with 3 characters on our team with character on another player, with every win or level up you unlock different characters with each character possessing their unique fighting style and shadow power.

Pure Arcade Racing has gone to the next level, filled with every supercar every exists and is going to exist in the future this game provides the player with to experience of racing. The game which no one could have ever imagined. With the awesome game design, HD location, cars, and competitive gameplay, this game are one of the best PvP games that exist on the racing platform.
Key Features: 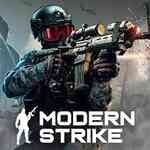 Based on shooting, this game gives real meaning to the word PvP origin, gameplay is pretty good if you are a PUBG, CSGO, or COD fan then you’ll like love this game too, as the game is inspired by them, the game provides the player with different types of locations, weapons & different types of game mode like team play as well as battle royale. 50 million players online all over the world.
Key Features: 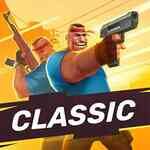 Well big HD game comes with big space requirements on your mobile, thus here comes the classic PvP game Gun of Boom, in this game characters & locations are not that high def when compare to other online PvP shooting games, but this game makes up to it by smooth gameplay, easy game controls, easy switching of weapons, etc. two teams consist of 5 players each enter the game Red & Blue, different types of location and game modes are provided.
Key Features:

This game comes under one of the top games ever created on pokemon concept, if you are a fan of pokemon or used to watch pokemon you’ll love this game, consist of different types of pokemon with their own unique
fighting styles and powers, game based on team play 5vs5 you enter the arena with your pokemon and evolve the pokemon by playing and defeating the enemy and conquering the bases. 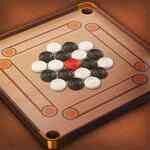 The game which originated in India became a global sensation, similar to billiards this game became one of the top game in PvP, this game has 4 holes in which the player have to put the coins/she has selected, 3 types of
coins are there white, black & Red which most people call Queen, Game has smooth gameplay, the game provides you with game money which you can bet on the game and the winner takes all.
Key Features:

Based on the famous vintage mobile game called worms, this game is like an upgraded version of that game, a classic PvP game in which two player enters a verses battle with their tanks and have to make their way through the terrain and destroy the other player tank, the game provides which unique tanks and weapons.
Key Features:

The real-time multiplayer game is very interesting to play and satisfying to watch also, the game consists of a unique location to play golf, different types of golf balls and clubs to play and upgrade.5 players enter and whoever put the ball in the hole amount of time and fewer shots win, the game also provides you with game money which can be used to play/bet and winner takes all.
Key Features:

The best auto chess game ever existed till now, This game was supposed to be in the top 1 but as this game came to banned by various countries you have to play this game by using VPN services or if you are from the country where this game is legal like the US then it’s all good, anyway this game consists of many different types of game
characters which you use to defeat your opponent’s character are from different races like Human, Demon, Angels, Beasts, Undead, Elves, Cyborgs, Olympians, etc. the character design and gameplay is so awesome you get hooked to your game screens. Best PvP action and many different game modes.
Key Features:

Above are the top 10 PvP games for iOS & Android platforms. These games are solely based on the gameplay experience, fights, & controls. Stay tuned for more such exciting gaming content till then check out our previous
blog posts on gaming Best car racing games for android. Feel free to shoot your questions and give your suggestions in the comment section below.